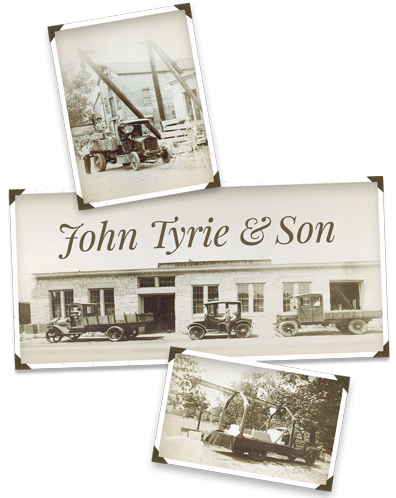 On February 1, 2017, Dulaney Valley Memorial Gardens, family-owned since 1958, purchased John Tyrie & Son as a separate entity. The Tyrie name, synonymous with personalized service, remains the same while continuing the legacy of commitment to families in the greater Baltimore area and beyond.

F ounded in 1898 by John Tyrie, a native Scotchman from Perth, Scotland, John Tyrie & Son stood in the same location for 118 years and had been run by three generations of the Tyrie family - making it the oldest, family owned monument business in Baltimore County and Baltimore City. The monument company was a staple in Cockeysville having endured floods, road widening, and changes in neighborhood industries. Walking into the display showroom took you back to a time when you could park out front on the gravel roadway and the rushing of traffic on York Road was seeing a maximum of five cars at one time! Over the years, John Tyrie & Son has designed, manufactured, and erected quality marble, bronze, and granite monuments and markers for families throughout various local cemeteries. The Tyrie family has served many generations whereby children and grandchildren return just like their parents and grandparents.
Customers refer to John Tyrie & Son as “our family’s monument company”. Many clients would never think to use another monument company…they always go back to Tyrie for their memorial needs. The Tyrie family understood the heritage that John Tyrie began and realized the need to continue its service to the surrounding cemetery communities. G. Walter Tyrie joined his father in the business in 1910 and was the administrator for many years. Upon the death of John Tyrie in 1944, G. Walter Tyrie became owner of the business and managed operations for many years until his death in 1970. The business was then taken over in its entirety by his son, G. Walter Tyrie, Jr. always known as “Jack”, thereby issuing in the third generation of the Tyrie family. For over 45 years, Jack met with customers to help design and demonstrate monument options to satisfy their needs. At 87, Jack decided it was time to retire and enjoy some rest and relaxation. 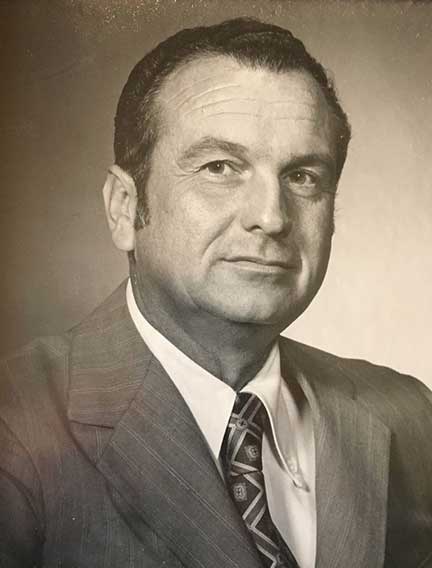 It is with heavy hearts, we inform you of the passing of George Walter “Jack” Tyrie Jr. on November 27, 2019 at the age of 92. Jack was the third-generation proprietor of John Tyrie & Son, a three-term member of the Baltimore County Council, and a longtime Lutherville resident.

For over 45 years, Jack met with bereaved families to help design and demonstrate monument options to memorialize their loved ones. In 2017, Jack entered into retirement after entrusting Dulaney Valley Memorial Gardens to carry on his legacy of creating meaningful monument tributes for area families. Fourth-generation and Jack's son, George W. Tyrie III, oversees all the cemetery installations in keeping with his father's wishes and quality standards. We will miss Jack and offer our sincerest condolences to the Tyrie family.

Read the full obituary in The Baltimore Sun